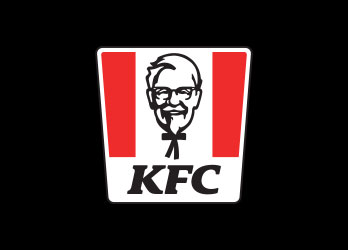 It all started with one cook, Colonel Harland Sanders, who created a finger lickin' good recipe more than 75 years ago, a list of secret herbs and spices scratched out on the back of the door to his kitchen.

Founder Harland Sanders initially developed his &quotColonel"&nbsppersona as a low-cost marketing tool. The chain is well known for the &quotfinger lickin' good" slogan, which originated in 1956. Colonel Sanders was a key component of KFC advertising until his death in 1980. Since his death Sanders has remained as a key symbol of the company an &quotinternational symbol of hospitality"

Be your best self. Make a difference. Have fun.

We believe that you should come to work as the best version of yourself and treat every guest like a friend.

We're proud to serve wholesome, abundant, hot meals the way they should be served-made with high-quality fresh chicken, freshly prepared by expert chicken makers in our kitchens.

We're not about novelty for novelty's sake. We have deep roots and stick to the originality.

Today we still follow Colonel Sanders's formula for success, with chicken experts breading and freshly preparing our delicious chicken by hand in more than 23,000 restaurants in 140 countries and territories around the world. Finally, the Colonel perfects his unique blend of 11 herbs and spices that are still used today and are still top secret.

Fried chicken is our pride and joy, and it's our job to ensure every aspect of our chicken- from farm to fingers- is carefully considered with quality and sustainability in mind.

The Colonel achieved a lot in his life by following one simple rule: &quotDo all you can and do it the best you can."