Art at VR Bengaluru
Back

The Black Box on Whitefield, Main Road boasts of a unique permanent art collection inspired by the city; these include a Channapatna toys installation, a gigantic mural depicting the history of the city, the ‘I LOVE BLR’ installation, Synergy by Dimply Menon, ‘The Soon to be Removed- Phone Box’ by Piers Bourke, The Time Capsule by Thara Thomas and Seeds on the Left Bank of The River by Murali Cheeroth.

Seeds On The Left Bank Of The River

This work is developed based on the history of Bengaluru and is dedicated to its people, through historical images like that of Kempe Gowda, the founder of Bengaluru and Kittur Rani Chennamma, the courageous warrior who fought against all conventional forces. The landscape that is shown is semi urban, depicted in layers. The composition showcases the cosmopolitan character of the city and its people 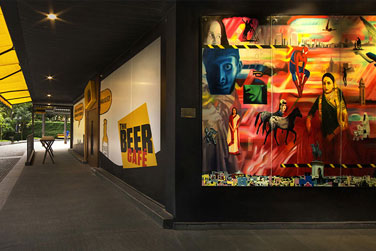 The Time Capsule by Thara Thomas

The Time Capsule by Thara depicts Whitefield, the land with beautiful stories which holds its history very close to its heart while having one foot in the future. The space encapsulates three different cultures and eras spilling into one another and takes you to the Whitefield station where the stories from then and now unfold into a surreal narration. 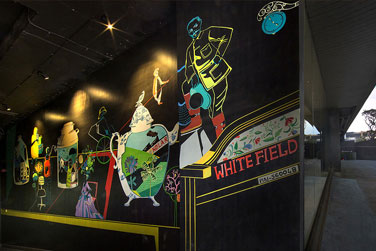 There is a meditative quality to Dimpy Menon's works arising out of a stillness that characterizes prayer, like the stillness at the eye of a storm. Although it is the human body that tells the story, the subtext of such poetry in motion is this stillness. The bronzes are charged with energy. Their dynamism stems from the force of a body language uninhibited by facial cues.
Dimpy introduces us to the potential in her figures that is at once tense and relaxed. It is the moment that is both the high point of motion and the beginning of stillness. Or vice versa. This balance is at the heart of her sculptures.

Inspired by the World famous ‘City of Toys’ Channapatna, less than 100 KMs away from Bengaluru, this cheerful Installation greets our patrons as they enter the campus. It’s also the perfect backdrop for concerts and community events held in the open air Garden City. 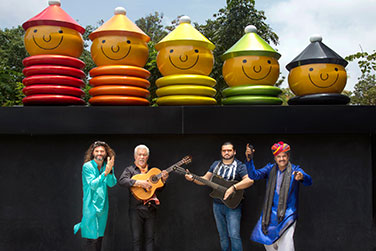 Phone Box -Soon to Be Removed

VR Bengaluru’s The Waverly Hotel has commissioned British artist Piers Bourke’s iconic ‘Soon to be Removed’ Phone Box series, with an integrated Anglo-Indian approach. The phone boxes tell the story of the once Anglo-Indian village of Whitefield being turned into an up market and progressive suburb of Bangalore. The rich history dates back to the turn of the 20th century when a young Winston Churchill was stationed in Whitefield as a young army officer as part of the North-West frontier campaign by the British. Bourke’s work tells this visual story by using this unique British icon and integrating the story into the collage work to create a stunning visual that captures the remarkable spirit of Whitefield and beyond. 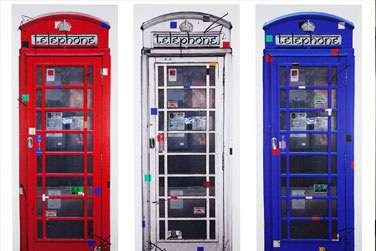 At the last Whitefileld Art Collective, our basement underwent a metamorphosis, courtesy the Basement Art Project undertaken by the talented artists from Synesthesiatic Turf and alumni from the Srishti School of Design. This is their artistic interpretation of Connecting Communities© across a concrete canvas. 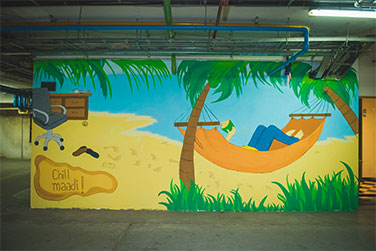 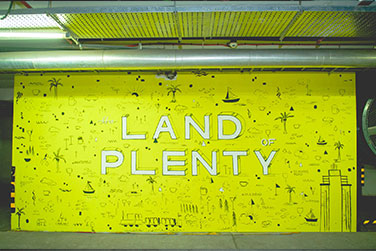 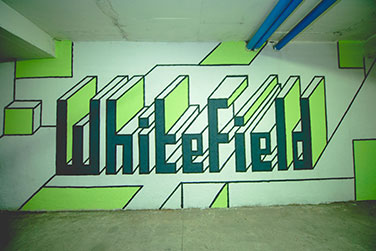 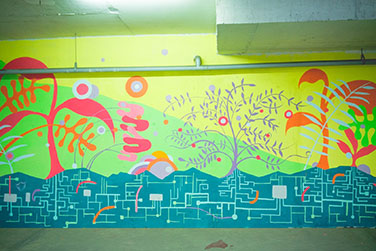 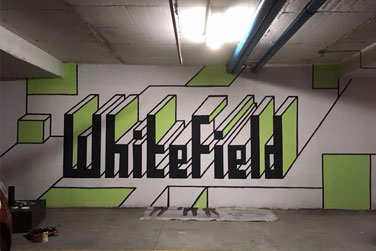 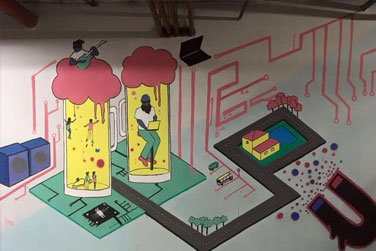 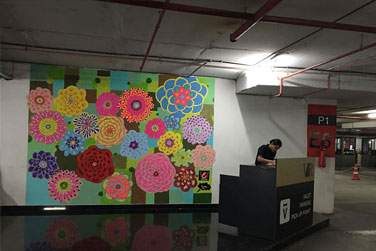 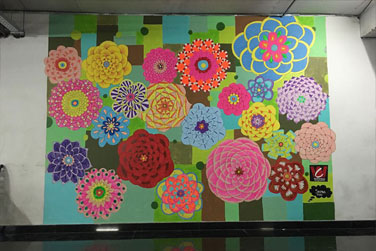 A 100 feet long mural depicts the history of Bengaluru - from its origins, to notable events and the varying monuments that have shaped the cultural and social fabric of the city. 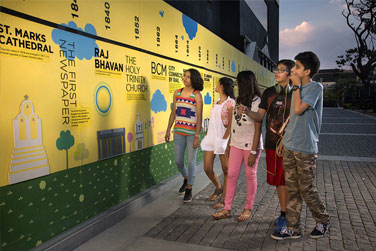 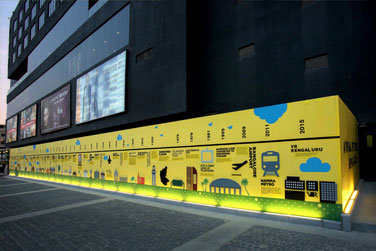